Congratulations to me for the most convoluted Blog title I’ve managed so far.

But it is appropriate as this is all about the new Illustrated World of Mortal Engines book.

I first sketched Philip’s monstrous London back in 2006 when we were working on Larklight. Shortly after, I designed an ambitious cut-through cover for the 2008 re-issue (which booksellers hated as the paperback versions tended to get damaged easily). 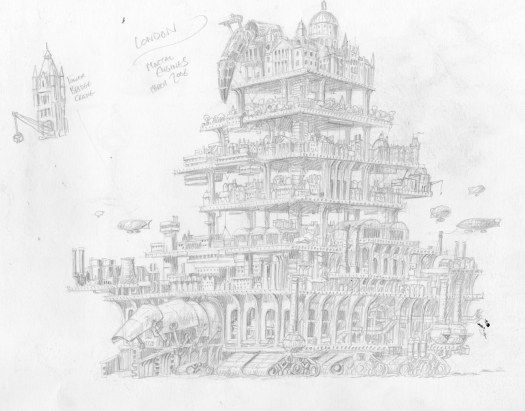 As well as applying this treatment (inspired, I suspect, by my love of early 1970’s prog-rock album covers) to the original Quartet, there was a lovely, chunky hardback for Fever Crumb, the first of the prequels (2009).

At the time there was much excitement as Peter Jackson had acquired the rights to film the book and was already tinkering away in New Zealand on digital traction cities. As is often the case with films, the project went into limbo for a good while, but is now completed and due out this Christmas.

For the Illustrated World of Mortal Engines, Philip has worked with Jeremy to flesh out the history of the Traction Era; the book is jam-packed with paintings and diagrams and character sketches by a number of artists. Here a few of my contributions… 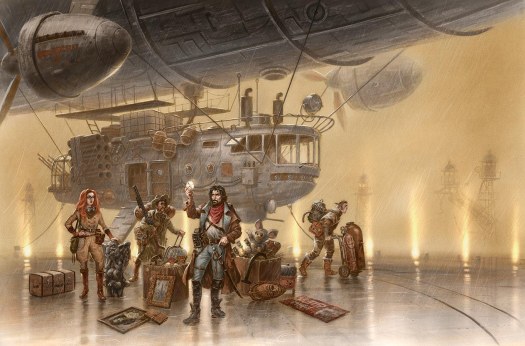 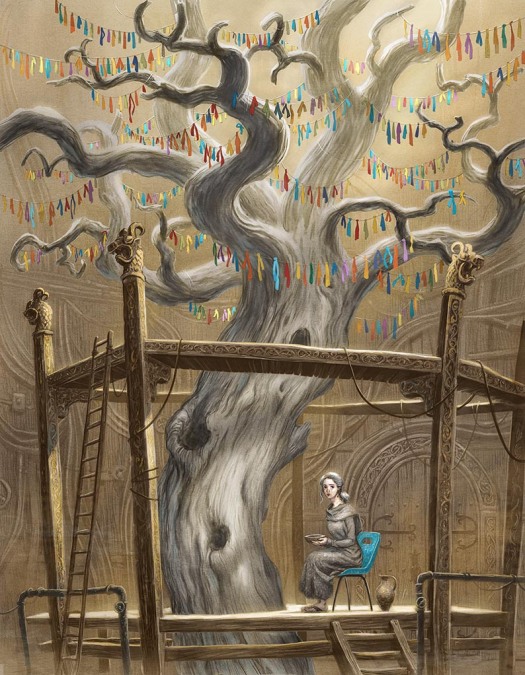 The Cloutie Tree from Fever Crumb

I was round at the Reeve’s the other day signing 300 bookplates for a special edition. I’m not sure how you can get hold of one of these at the moment, but keep an eye on Philip’s website as I imagine more details will be forthcoming…