For the third Discworld Emporium Jigsaw, it was decided that a visit to the Mended Drum was in order.

What follows is an overview of how the picture developed, featuring some of the original briefs and sketches. It’s hard to convey how tricky the whole thing was, which is annoying as everyone says it’s much easier to do as a puzzle compared to the previous ones. I was rather hoping any prospective puzzlers would endure a similar distress to what I experienced while painting it (in an altruistic way of course – no pain, no gain, etc.) hopefully leading to a more satisfying jigsaw experience.

As usual, Ian at the Emporium started the drum rolling by sending me a sketch along with notes on what he was looking for. 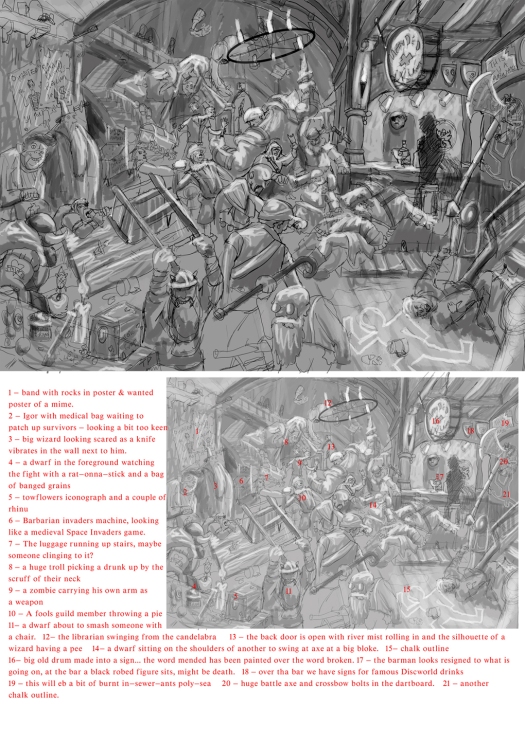 I batted a sketch over, the most significant change being the viewpoint, which I found needed to be higher up in order to accommodate all the characters clearly.

Ian whacked a sketch right back, suggesting we needed to zoom out from the scene to fit in more characters. Ian is a scoundrel and knows my Achilles Heel: a deranged adherence to the ‘More is More’ doctrine, despite the fact that it usually means twice as much work for me. 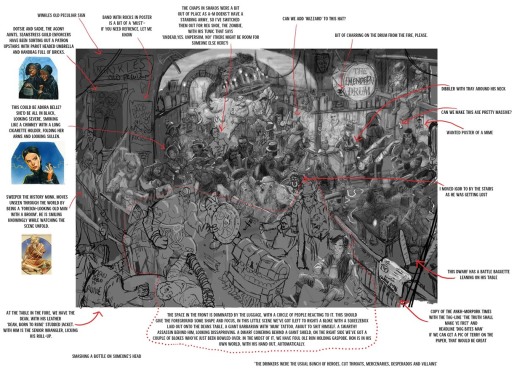 After this scene was decided, I started building the architecture of the pub and bending the perspective (almost to breaking point) so the Drum customers would appear to inhabit the space in a believable manner. 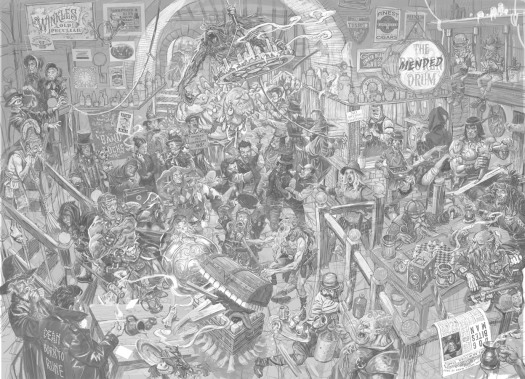 Once this rough was complete, work could really start… but there were lots of little changes to be made before I moved onto the finished piece. You can read Ian’s version of events on the Discworld Emporium Blog. 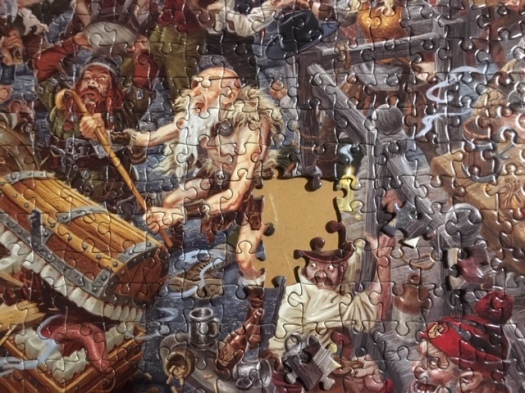 There will be another puzzle released later this year (the subject is currently a closely guarded secret but it was my favourite to do so far) and I’m currently working on a 5th (and possibly 6th). Check out the Discworld Emporium for future announcements…